Chairman Brian Shotton made a special presentation to three of Ashington AFC's junior players this afternoon for the superb achievement of ten years service with the club.

Liam Haig, Daniel Gardiner and Oliver Cairns have been part of Ian Cairns side for the last decade, with Ian also completing his own tens years service with the club.

Following the presentation, Ian commented: "It’s a fantastic achievement that Dan, Liam and Oliver have received their 10 year award with Ashington AFC Juniors. They have been with the team from its inception and it’s been my pleasure to have coached them over the 10 years. The lads have developed into excellent players and fine young men. They are a credit to the club and their families."

He continued "I believe they have a big future with Ashington as they approach senior football. I look forward to working with them again in the not too distant future and hopefully they will represent Ashington for many years to come."

Along with Brian Shotton, Ian was also quick to acknowledge that this is the third year in a row players at Ashington AFC Juniors have received such awards. He concluded by emphasising that "Awards such as these prove the Club is a great place for kids to develop and learn as players. There is a pathway into the reserve and first team available and this incentive is there for players who want to progress into the senior game". 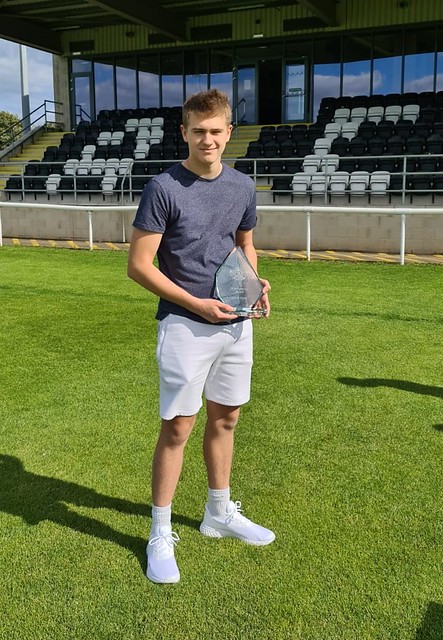